Hinduism is one of the religions found in Indonesia which has a wealth of cultural customs which are the hallmark of Hinduism itself. Facing an increasingly sophisticated era, with technological developments that are increasingly messaging, more or less affect the lifestyle of mankind on this earth. Thus, as people who hold fast to customs and religion, they must be ready to face the era of globalization so that they always exist and are not lost in the progress of the times. Likewise, the Pakanan Sahur Ceremony, which is carried out by the Hindu Kaharingan community, is the implementation of the Dewa Yadnya ceremony which aims to maintain the balance and harmony of the universe with its people in this world. In the implementation of the Pakanan Sahur Ceremony, the Hindu Kaharingan people offer offerings to the sacred spirits of their ancestors who always provide protection and welfare for their people. 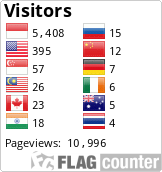